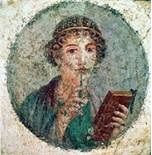 History of the Committee

Wooden Crucifix, San Zaccaria Church. This long-planned, joint project is being financed by the America-Italy Society of Philadelphia, Venice in Peril, Save Venice, the Dutch Committee Stichting Nederlands Venetië Comité, the Comitato Italiano per Venezia and the Austrian Committee Venedig lebt.

There are no surviving documents relating to this crucifix, but it is possible that it is older than the Gothic church begun in 1458 by Antonio Gambello. The first church here was built in the 9th century.
The crucifix did undergo treatment to eliminate woodworm, x-rays and a chemical analysis. A full condition report and conservation project has been drafted and a call for bids launched to find a firm to carry out the work was conducted with success.

Future projects include assisting with the restoration of unique recordings saved from the flames of the fire that destroyed for the second time the La Fenice Opera House in 1996. In addition, we are exploring supporting a project to restore clothing designs made by Mariano Fortuny in the 1920s, some of which were sold to Americans in Philadelphia and New York.

What can be and is the role of our Committee within the Association?

We would like to implement our role in the restoration of Venetian Arts, also connected to Music, Fabrics, Restoration Schools, Scholarships and Fellowships.

What does working in Venice mean for our Committee?

Traditionally, the AIS has been involved with restoration in Venice since 1966. Our interests are concerned not only with the physical restoration of Venetian edifices and works of art, but with the physiology of rising sea levels, settling grounds, water currents, contamination, and general quality of life issues.